What Does “Best Interests of the Child” Mean?

When parents of a child have a dispute over custody, the family court is required to make its custody decision based on what is in the best interest of the child. This is a legal standard that includes several factors that must be considered by a judge who is hearing a child custody matter and making a final custody determination.

Family court judges use the “best interests of the child” standard to make decisions regarding parenting time and legal decision-making authority, otherwise known as custody. If you are involved in a dispute regarding the custody of your child, the experienced attorneys at the Law Office of Daniel Hutto can help you to understand how this standard might be applied in your case and how to use it to best advocate on your behalf.

Our Phoenix Divorce Lawyers are Here to Help!

What Issues Must be Determined in a Child Custody Case in Arizona?

When Arizona courts hear child custody cases, two issues must be decided. The first issue that a judge will need to determine is the physical custody, now known as parent time, of the child. This refers to which parent the child will live with and the amount of visitation the other parent will enjoy with the child.

Instead of letting the court make decisions about parenting time and decision-making authority, parents should try to negotiate with each other to reach an agreement. In many cases, parents are happier and more involved with the outcome when they can reach negotiated agreements between the parties instead of leaving the decisions up to the court.  An experienced family law attorney can help negotiate on your behalf to obtain the best custody arrangement for you and your children.

After reviewing the best interests of the child factors, the court might issue any of the following orders:


In some cases, the parents will not be able to reach an agreement regarding parenting time and legal decision-making authority without involvement of the court. If this is the situation, the court will evaluate the facts and evidence during a temporary or final trial, and issue orders regarding parenting time and legal decision-making authority. When the court makes this decision, the judge will apply the best interests of the child standard in reaching a conclusion.

We Are Here For Answers. Call Us & Speak with an Experienced Divorce Arizona Attorney Now.

What is Arizona’s standard for Best Interests of the Child?

An experienced child custody attorney can help you weigh the above-factors and apply those to your case.  Knowing how each factor works can help you achieve the best outcome possible, either though negotiations with the other party or a formal court proceeding.  Contact the family law attorneys at the Law Office of Daniel Hutto PLLC today to further discuss the best interest factors and how they apply to your custody case.

In Arizona, judges often want to award joint legal decision-making authority and equal parenting time, unless there are parental fitness issues involved which would warrant otherwise.  When evaluating the proper custody arrangement, judges are not permitted to make decisions based on their personal preferences, but rather, must decide custody cases based upon the best interests of the children.

Parenting Plans and the Best Interests of the Child Standard

Parents who cannot agree on a parenting plan will need to submit their proposed plans to the Court which outline their preferred decision-making orders and regular parenting time schedule.  The parenting plan must also include a schedule for school breaks, vacations, and holidays as well as a proposal for how future parenting time disputes will be resolved and reviewed.

Child Custody Modifications and the Best Interests of the Child

Under A.R.S. § 25-411, a parent can file a request with the court to modify the current parenting time and legal decision-making orders. However, a parent cannot request a modification of previously issued parenting time and/or legal decision-making orders unless at least one year has passed since the previous order(s) were issued.  A parent can seek a modification prior to the expiration of one (1) year only if something has happened that makes the court believe that the child is in imminent danger or will face irreparable harm to his or her emotional, physical, or mental health.

The court might also modify an existing order if child abuse or domestic violence has happened since the original order was issued, one or both of the parents have violated the order, or the custodial parent’s military deployment calls for a modification of the order.

Like other child custody issues, the court will weigh the best interests of the child factors when deciding whether to grant the requested modification.  Speaking with an experienced attorney to evaluate your various options in this regard is always best. 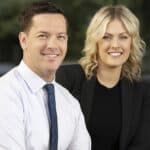 Get Help from the Hutto Law Team

While reaching a negotiated parenting plan is often the best way to resolved child custody disputes, there are some cases in which litigation is more appropriate or necessary. For example, if there is a history of domestic violence, child abuse, drug abuse, or mental health issues involved in your case, it might be necessary to litigate the case at a contested hearing in order to protect your child or parental rights.  The attorneys at the Law Office of Daniel Hutto have years of aggressive trial experience and can help you navigate any difficult family law case.

Our attorneys can help you figure out the best approach that you should take to achieve the best outcome for you and your children. Contact us today to schedule a free consultation by calling, 602.536.7878.

Daniel was really great! I did not work work him directly but the work he’s done for my best friend and her daughter, we are so grateful for! He was really dedicated, always available when she needed him, professional and well prepared. He helped my best friend get primary custody of her daughter which is never an easy matter and he did advised well and knew his stuff. Thank you Daniel!
⭐⭐⭐⭐⭐ Savanah Linares (Review from Google) 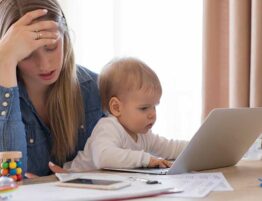 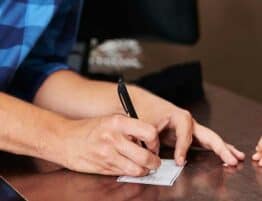 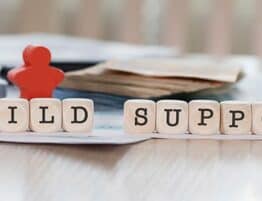 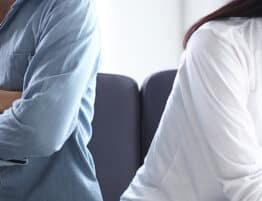 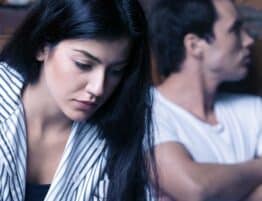 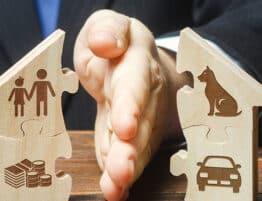