Assault with a Deadly Weapon in Arizona: What You Need to Know About ARS 13-1204

You Have Rights and We’re Here to Help!

On its own, assault that occurs without a deadly weapon as previously described will on its own be considered by the court to be a misdemeanor charge in the state of Arizona. On the other hand, when a deadly weapon is used in the commission of the assault, pursuant to Arizona Revised Statutes §13-1203 and §13-1204, the perpetrator must be proven to have used such a weapon to: 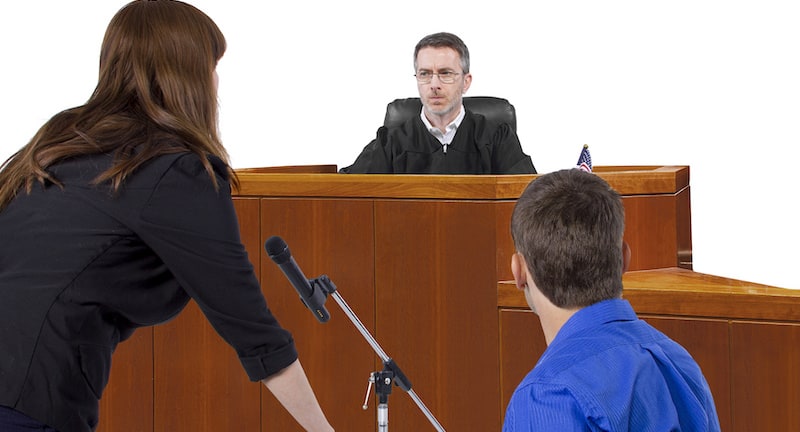 But What is Considered a Deadly Weapon in Arizona?

In the state of Arizona, according to Arizona Revised Statute (ARS) §13-105, a deadly weapon is any kind of weapon that has been designed to unleash lethal force. Some, but not all of the items on the list of deadly weapons include things like knives, swords, baseball bats, and guns — even if they are unloaded — and in some cases, even if they are simulated.

Dangerous Instruments in the Commission of an Assault

There is another important type of object that could be used in the commission of an assault with a deadly weapon, and these are most often known by the courts and by the law as “dangerous instruments.” Pursuant to Arizona Revised Statute (ARS) §13-105, dangerous instruments could be literally just about anything, so long as it can be, or has been used to cause serious physical hard to an individual.

In many cases, these items are not even considered to be inherently dangerous, but based on the unique circumstances of an assault, they could be deemed by the court to fall into the same category as a deadly weapon, if, during the commission of the assault, the item(s) in question were able to cause serious physical injury or even death. In some cases, even items like shoes, kitchen utensils, household appliances, and other everyday objects could potentially fall under the category of dangerous instruments.

We are always available for answers. Call us & Speak with an Experienced Family Law Attorney Now.

In the state of Arizona, according to Arizona Revised Statute (ARS) §13-105 assault with a deadly weapon can occur under three separate and distinct states of mind , and the difference between them can mean the difference in the kinds of charges you face and their severity.

These states of mind include, from most to least serious:

..assault with a deadly weapon can occur under three separate and distinct states of mind, and the difference between them can mean the difference in the kinds of charges you face and their severity.

It’s also important to understand that both class 2 and class 3 felony assault with a deadly weapon charges can be increased based on extenuating aggravating factors, including the answers to these questions:

Getting You The Legal Help Needed to Fight Assault with a Deadly Weapon Charges: Arizona Assault Attorneys on Your Side

By now, you understand that the charges you or your loved one could be up against are deemed quite serious by the state of Arizona court system, and as such, as you may have read above, the sentencing can be rather unforgiving.

It’s important that if you have been charged with assault with a deadly weapon in Phoenix or anywhere else in Maricopa County, you immediately seek the counsel of an attorney who has a great deal of experience with cases just like yours.

The Law Office of Daniel Hutto has just that kind of experience — and we will use it to aggressively represent you using the defense that makes the absolute most sense based on the circumstances of the crime, your prior history, and a number of other factors we can discuss with you during our completely free legal consultation. To get your no-cost consultation with one of our highly experienced Phoenix criminal defense attorneys today, dial 602.536.7878.