According to Arizona Revised Statute §13-3407, the distribution of drugs occurs if an individual knowingly sells, transfers, or offers to sell or transfer drugs within the state of Arizona.

Additionally, you may also be charged with the distribution of drugs for sale in Arizona if you were traveling from one state to another and, in the process, passed through Arizona, where you were pulled over or otherwise found to have an amount of drugs commensurate with the legal definition of drug sales and distribution in the state of Arizona.

You Have Rights, and We’re Here to Help!

ARS 13-3407 further delineates that the person will be charged with the distribution of drugs if s/he imports illegal drugs or prescription medications that are not his or hers into the state of Arizona — meaning that s/he was not “passing through” Arizona, but meant to stop and distribute the drugs within the borders of the state of Arizona.

The distribution of drugs, or drug sales and distribution, is also sometimes referred to as drug trafficking. Additionally, crimes of this nature may also be known in some cases as the possession of drugs for sale, or, where appropriate, drug transportation for sale. 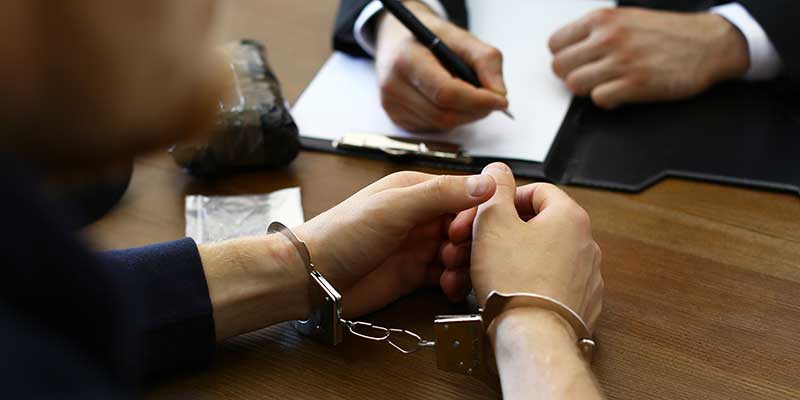 What Constitutes the Difference Between Drugs for Sale and Drugs for Personal Use According to Arizona State Law?

The important fact that distinguishes the charges associated with drugs for sale and drugs for personal use has everything to do with quantity — and these quantities are broken down legally so that there is no confusion about what the thresholds are according to the law.

Some examples of these thresholds for the purposes of charging the crime of drug sales and distribution in Arizona or drug trafficking include:

While it is certainly true that the amount of drugs play likely one of the largest roles — if not the largest role — in the determination of a drug trafficking charge in Arizona, specific facts and circumstances in each unique case can be the cause of a drug sales and distribution charge.

Indicia of drug sales can be factors aside from the volume of drugs in determining charging severity. Some examples include, but are not limited to, the answers to these three key questions:

Of course, not every situation is exactly as it seems, but if the answers to all three of these questions is “yes,” even if the amount of drugs found during the arrest or “bust” does not meet the legal threshold, drug sales and distribution or trafficking charges could very likely be in consideration by the prosecution or the judge in your case.

We are always available for answers. Call us & Speak with an Experienced Family Law Attorney Now.

Legal Penalties, Sentencing, and Fines Associated with Drug Sales and Distribution in Arizona

Because we share our Southern border with Mexico, the flow of drugs into Arizona is second only to California — and in recent years, both states have legislated far harsher penalties for drug trafficking and transportation than ever before.

The possession of drugs for sale is a class 2 felony in Arizona and as such, carries a multitude of penalties and, relative to other states, rather austere sentencing.

Individuals for whom drug sales and distribution is their first offense, and the amount of illicit drugs fell beneath the legal threshold for trafficking, sentencing may be limited to as little as probation..

For many individuals for whom drug sales and distribution is their first offense, and in which the charge against them was for an amount of illicit drugs that fell beneath the legal threshold for trafficking, sentencing may be limited to as little as probation with anywhere from zero to 365 days in jail.

While for others — even those in almost exactly the same set of circumstances — the sentence can be a minimum of 3 years and a maximum of 12.5 years in prison, despite the fact the legal threshold for drug sales and distribution was not met. Importantly, however, those faced with the lesser charge of probation must also complete 240 hours of restitution to the community.

For individuals with no prior convictions or any criminal history of any kind which are found guilty of distributing drugs where the amount of drugs was determined to be at or above the legal threshold, there is no option for probation or jail time. The minimum sentence is 3 years in prison, with a maximum sentence of 12.5 years in prison.

Distribution of Methamphetamine: An Illicit Drug Epidemic in Arizona for Which the Charges are Among the Most Severe

The widespread prevalence of methamphetamine use, production, and distribution has long plagued the state of Arizona, and as such, law enforcement has become increasingly more intolerant of the individuals, it deems part of this statewide drug epidemic.

Those caught distributing methamphetamine in the state of Arizona can expect harsher than the penalties listed in the sections above because methamphetamine has its own sentencing statute and requires a flat 5, 10, or 15 years of prison for a first offense. Drug sales and distribution.

Give Yourself the Best Odds at Reduced or Dismissed Charges: Hire the Finest Criminal Defense Attorneys in Arizona to Handle Your Drug Sale or Distribution Charges

For these reasons and more, there are a multitude of avenues a qualified and thoughtful criminal defense attorney in Arizona can take when putting together a defense for a drug sales and distribution or trafficking case in Phoenix or the surrounding areas.

At the Law Office of Daniel Hutto, we know this can be one of the scariest and most difficult times of your life — because you simply don’t know what the future holds for you or your loved one. But trust us when we tell you: yours is not the first case of this nature that we’ve handled successfully. Call today, dial 602.536.7878.